An under diagnosed cause of stroke in the young

The major causes of stroke in young adults and children differ from those in older people. Dissection of the internal carotid and vertebral arteries in the neck accounts for about a fifth of strokes in the young compared with about 2.5% in older patients.

Dissection of intracranial blood vessels is rare and has a worse prognosis than extracranial dissections. Arterial dissection occurs when blood tracks into the vessel wall along a specific line of cleavage. This may be subintimal, causing luminal narrowing or occlusion, or subadventitial, when a pseudoaneurysm may form. The cause is rarely established and may differ according to the artery affected. The incidence of arterial dissection is increased in patients with fibromuscular dysplasia, migraine, or hypertension; in smokers; and in those taking oral contraceptives. It is commonly associated with trauma or manipulation to the neck.

Patients with dissection of the arteries in the neck may present with any combination of craniocervical pain (in 50-80% of cases), cerebral ischaemia, cranial nerve palsy, Horner's syndrome, and pulsatile tinnitus. Pain often precedes neurological features, usually by hours or days but occasionally by weeks. The pain has been described as stabbing, pulsating, aching, "thunderclap," sharp, or "unusual." It is usually localised to the neck, head, eye, or face, with some tendency for the pain of carotid artery dissection to localise anteriorly and that of the vertebral artery to localise posteriorly.

Ischaemic neurological features occur in 30-80% of all dissections and may present as transient attacks (often stereotyped) or completed stroke, which develops in as many as 20% of cases. Strokes are most likely to occur within 24 hours of the onset of symptoms, with almost all occurring within 10 days. Early suspicion and establishment of the diagnosis is therefore crucial for preventing stroke.

The differential diagnosis of craniocervical pain and neurological deficit in a young patient includes migraine. The potential difficulties in diagnosing dissection in patients with migraine is demonstrated in the grand round in this week's BMJ (p 291). Neurological deficit without pain produces a wider differential diagnosis, but dissection should be considered in any patient presenting with craniocervical pain with or without neurological features.

Establishing the diagnosis of arterial dissection relies on imaging. The preferred method has been angiography, with dissection having characteristic appearances such as a "string sign," pseudoaneurysm, double lumen, or an intimal flap. However, Doppler ultrasound can be highly sensitive in diagnosis particularly for the carotid arteries, where accuracy approaches 95% and is valuable in monitoring evolution. For dissection of the vertebral arteries, standard Doppler appearances are less specific, but this may improve with duplex colour flow imaging. Combined magnetic resonance angiography and imaging of the neck allows both the luminal narrowing and intramural clot to be seen, and, where available, this may become the imaging method of choice.

The aim of treatment is to prevent neurological deficit. The mechanism of ischaemia after dissection probably results from distal microemboli. Medical treatment aimed at reducing propagation of clot and distal embolisation has included use of antiplatelet drugs and anticoagulation. However, there have been no prospective randomised controlled trials of any form of treatment. Early anticoagulation with heparin seems to reduce the chance of a complete stroke developing. We recommend anticoagulation with intravenous heparin as soon as possible after the start of symptoms and diagnosis. Anticoagulation may be worth starting even as long as one month after presentation. Provided there are no contraindications on computerised tomography of the brain, anticoagulation should probably also be started even after neurological signs have appeared, as there is a tendency for strokes after dissection to follow a "stuttering" pattern. Anticoagulation is usually continued with warfarin until the vessel has recanalised, as determined by repeated Doppler ultrasound studies. Recanalisation may occur at any time from two days after presentation, but in our experience it may still not have occurred as long as 18 months later.

The prognosis for other features of cervical arterial dissection is good. Most cranial nerve palsies recover completely and cranial pain usually resolves within three to four days, although in some patients it may become chronic.

Dissection of the major arteries in the neck is an important and probably underdiagnosed cause of stroke and craniocervical head pain. Familiarity with the clinical features and rapid performance of Doppler ultrasound scanning allow a rapid diagnosis to be made in nearly all cases. Early treatment with anticoagulation may significantly improve the outcome. However, no formal trials of anticoagulation in this important condition have been performed.

Read Life After a Stroke: A Guide for Survivors, Families, & Caregivers

Common Clinical symptoms and signs with which these patients presented are - Sudden onset of ipsilateral occipital or upper neck headache. (most common) and signs suggestive of brain stem ischemia especially the Lateral Medullary or Wallenberg syndrome.

Common site and vertebral artery involvement is the segment of artery between atlas and axis (V3) with 20% cases involving intradural (V4) segment.

Hypertension is common association seen in approximately 50% of patients.

Other associated findings are Fibromuscular hyperplasia seen in approximately 15% of patient, most of the times affecting renal artery.

Prognosis of Patients with spontaneous Vertebral Artery dissection is good & 90% are expected to make an excellent recovery. Those associated with SAH have guarded prognosis. 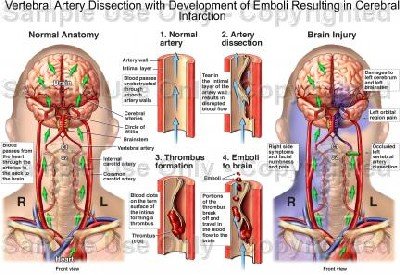 The picture above is from StockMedicalGraphic.com and is easily the best representation of the condition I have seen to date.

"Vertebral artery dissection (VAD) is an increasingly recognized cause of stroke in patients younger than 45 years." - Eddy Lang & Marc Afilalo 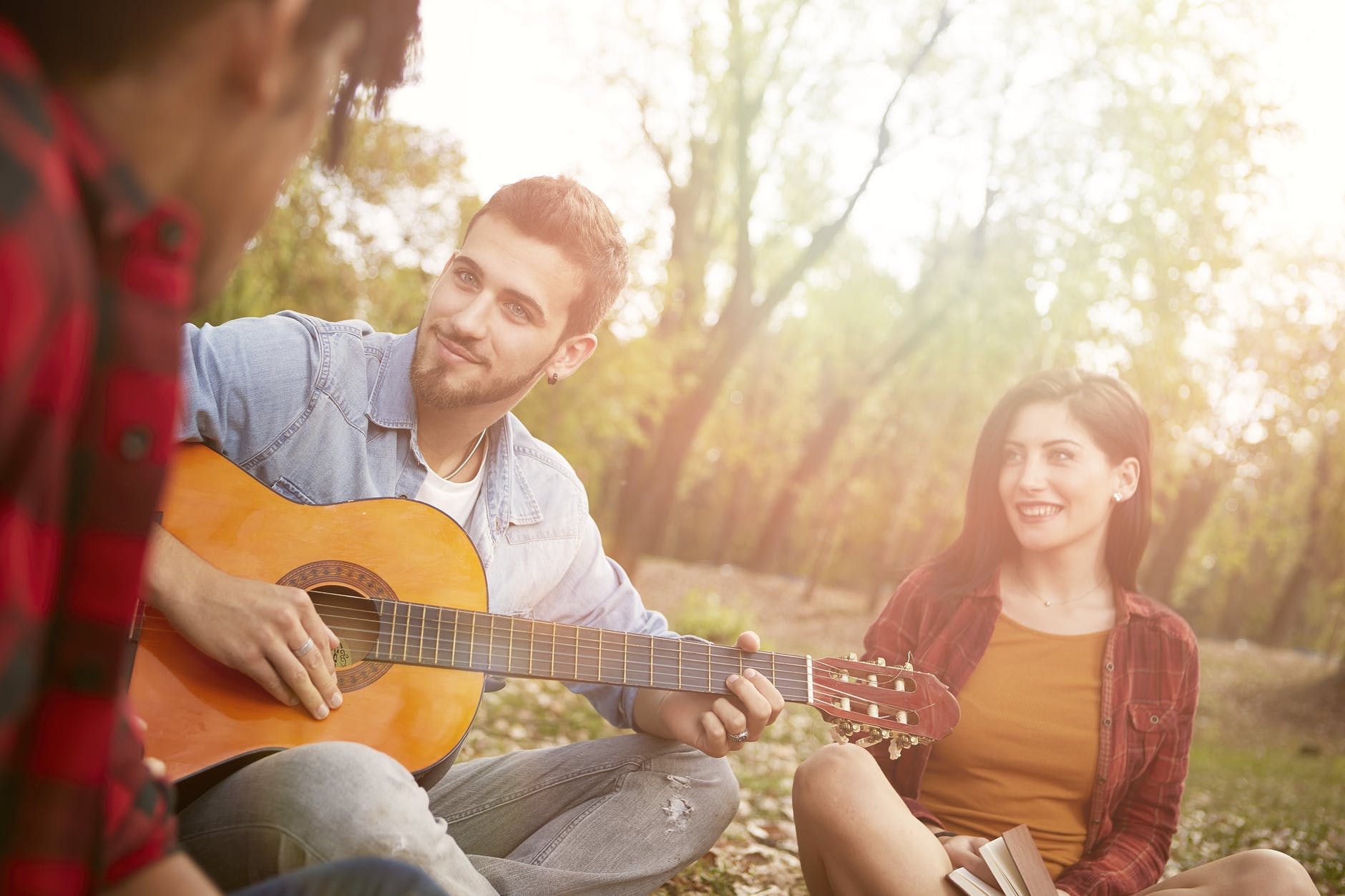 Help Support our Cause

Read other Personal Stories of VAD's and share your personal story on the site.